A guide to discipline and grievances

In a bid to help rectify various employee grievances and to enforce employee discipline fairly, we formulated a number of government-approved codes and practices. Follow our grievance procedure to appeal disciplinary action in the workplace.The rules and practices laid down by us are frequently utilised during Employment Tribunals to settle difficult (and complicated) cases. 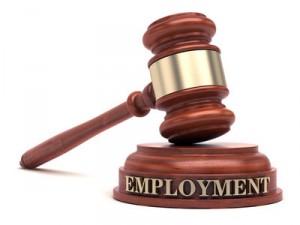 Discipline in the work place

There are two modes of discipline an employer can follow. Depending on the rules and regulations of the workplace, we advise employers either to take informal action, (deciding upon a course of discipline without seeking official help,) or to take formal action, whereby a meeting is held and a course of action is decided upon between the parties. The employer is enjoined to give the employee one of several warnings or, depending on the seriousness of their behaviour, to dismiss them altogether. A distinct emphasis is placed on the giving of a warning, allowing the employee, in turn to improve their behaviour and, if necessary, appeal any decision which has been made against them.

When it comes to discipline in the workplace, we place considerable emphasis on the fair treatment of the employee by the employer. A formal record must be kept of the various disciplinary meetings between the two parties and the employee must be informed of the reasons for any given action. As well as being informed of any action which may be taken against them, the regulations presented by us allow employees to bring a colleague with them to formal meetings. Workers are also enjoined to speak in their own defence.

A guide on good grievance procedure

We suggest two courses of action as part of your grievance procedure for resolving issues between employees in the workplace. Ideally, our code suggests that an argument or conflict between several employees should be resolved privately, without resorting to official action. If it is not possible to solve the grievance privately, without involving others, a more formal route may be required. If it is necessary to take official action, a meeting may be held between the two parties, wherein the grievance is aired, openly discussed and, hopefully, resolved.
As well as holding a formal meeting to resolve a grievance, companies can also train employees to act as mediators, teaching them how to diffuse arguments. As well as diffusing the original conflict, mediators can also help to build bridges between employees, in turn bringing a sense of kindly peace back to the workplace.